The minimum wage for 2013 in Romania was changed!

The recently discussed chenges regarding the minimum wage in Romania became a fact. Thus, in the Official Gazette (Part I, no. 52.2013) was published the Decision no. 23/2013, which states the minimum gross base salary guaranteed in Romania.

The new rates are:

The minimum wage for 2013 in Romania was changed!

The recently discussed chenges regarding the minimum wage in Romania became a fact. Thus, in the Official Gazette (Part I, no. 52.2013) was published the Decision no. 23/2013, which states the minimum gross base salary guaranteed in Romania.

The new rates are:

In order to comply with these provisions, the taxpayer who is pass to the new system is responsible for submitting, before October 25th, a written notification to prove that revenue during October 1st 2011 – September 30th 2012 (inclusive) did not exceed the 2.250.000 RON limit.

Transations which are not affected by the new system 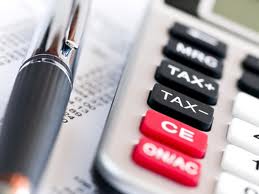 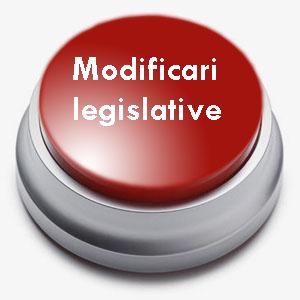 The midsummer of 2012 marked a change in the management of Ascent Group. Thus, with the 1st of July, the new financial manager of Ascent Group is Otilia Gal.

Otilia is an alumni of the Faculty of Economics from the University of Timisoara. Over the years she enriched her knowledge by attending numerous courses and specializations in finance and accounting.

Professionally, Otilia has 10 years of experience in finance, both within multinational companies and local companies.

During the last four years Otilia has held the position of financial advisor in the Arad office of Ascent Group Arad, and since the 1st of July 2012 she became the financial manager of Ascent Group.

Transition from the words “commercial company” to the word “company”

Law no. 76/2012 for the implementation of law no. 134/2012 concerning the Civil Procedure Code is the law that brings modifications for commercial companies.
This law will enter into force on 01.09.2012. 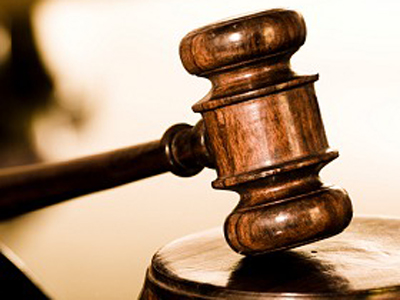 Amendments to parental leave from 2012

Order 124 of December 2011, for the amendment and completion of normative acts which regulates the granting of social assistance benefits was published in Official Monitor number 938 of December 30, 2011.
The amendments include the following:
· the amount of the state allowance for children is determined in relation with the social reference indicator, hereinafter referred to as ISR;
READ MORE 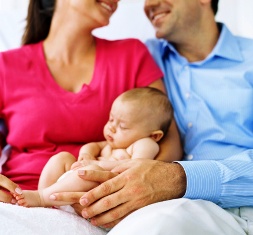 Every beginning of the year comes with a series of questions regarding the reporting of the financial situation of the last year. In the following article, we will try to give an answer to some of the frequently asked questions on this matter, with reference to the 2011 financial year.

According to Ordonance nr. 2/25th of January 2012 regarding modification and completion of OG 92/2003 regarding Fiscal Procedure Code, annual declaration of income tax (tax on profit) for 2011 will be submitted, with the proper authorities, until March 25th, except non-profit organizations and companies with their majority of income based on cereal culture and technical plants, tree and vine farming, which submit their form up to 25th of february 2012.

Contribution rates of the social insurances for 2012

Contribution to the social insurances

For 2012, the contribution rates of the social insurances are: 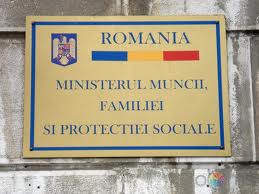 The people who belong to different religions than the Orthodox one have the right to take two days off for every one of the three annual religious holidays, declared so by the legal religious cults.

More additional proposals for days-off have been made: 24th of January, 10th of May or 30th of November, but these haven`t been aproved yet, still having the project status. Therefore, these days are not presently acknowledged as legal holidays. 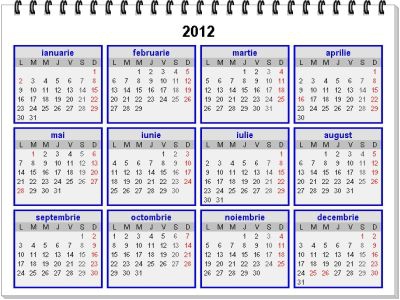 The minimal gross wage has been increased to 700 lei starting the 1st of January.

The amount of 700lei/month is being established for a full time schedule of 169,33 hours average per month in 2012 which represents 4.13 lei/hour.

An individual contract termination with a salary below the one established as the minimal gross wage per country will be considered as minor offence and will be sanctioned according to the law with a fee from 1.000 lei to 2.000 lei.

Therefore, according to the new purview, the minimum gross wage per country is 700 lei for an uqualified worker.

H.G.1225/2011 for establishing the minimum gross wage per country was published in Monitorul Oficial of 14 December 2011.