2010. The economies in the region whereto?

Another turbulent year is closing. After a devastating 2009 for the economies of all countries in the region what interests us most now, as investors, is what will happen in 2010 and what evolution will have the economy of these countries in the year we’re just about to enter.

2010. The economies in the region whereto?

Another turbulent year is closing. After a devastating 2009 for the economies of all countries in the region what interests us most now, as investors, is what will happen in 2010 and what evolution will have the economy of these countries in the year we’re just about to enter.

The companies from our region interested in becoming more entrepreneurial

In January 2009 Ascent Group has signed a strategic partnership with the very known American expert in researching and promoting the principles of entrepreneurship and innovative business solutions – Larry Farrell. Due to this partnership, Ascent Group is going to represent Mr. Farell in Romania, Bulgaria, Serbia and Moldova for training and consultancy services on entrepreneurship topics.

The conclusion of this partnership was followed by some visits of Larry Farrell in the region, who launched the program personally in Romania between 10-18 April 2009 and în Bulgaria on October 6.

Bulgaria – now even easier to start-up a business!

Bulgaria is trying to become more and more attractive for investors. One of the most recent changes in the Bulgarian legislation, voted on 02.10.2009 decreased the minimum start-up capital for the limited liability companies from BGN 5000 to BGN 2, a symbolic amount, representing the equivalent of 1 euro.

By applying this measure it’s considered that the level of entrepreneurship in Bulgaria will increase. The Bulgarian Government is aiming to stimulate young people’s wish and desire to become entrepreneurs, considering that “entrepreneurs who are capable of an idea to make a successful business are the lifeblood of any economy and a key factor in creating jobs, growth and competitiveness of the economy”.

The principle of “Think Small First” is recommended also by the European Commission to member states to adjust local legislation in order to minimize administrative barriers to small businesses and create favorable conditions for its emergence and development. 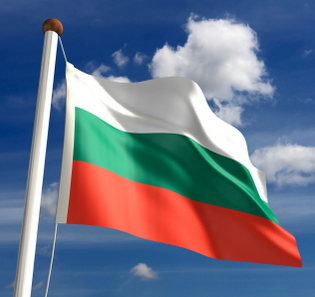 How the economies of the countries in Eastern Europe contracted during the crisis?

With the publication of economic data for the 2nd quarter of 2009 we find that all the countries of Eastern Europe were hit by the crisis, with deeper decreases in the economy than countries in Western, Southern or Northern Europe.

Economic data for Q2 2009 compared to Q2 2008 reflects a dramatic decrease in the economy of the Baltic countries (the largest reductions in Europe) positioning first Lithuania with a decrease in the economy of 22.6%, followed by Latvia with 18.2% and Estonia with 16.6%. Place 4 among the most affected economies is occupied by Romania with a decrease of 8.8% followed by Hungary with 7.4%, 5.3% in Slovakia, the Czech Republic with 4.9% and Bulgaria with 4.8%.

The decreasing trend of the economy is followed by another important country in Eastern Europe whether it is not a member of the European Union, namely Ukraine, reporting a decrease of 18% in Q2. 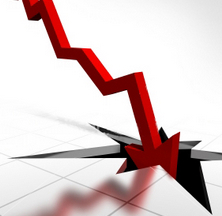 In today’s labor market, students are hardly dreaming of a career and graduates have already entered into the race for getting a job. But their success depends very much on the practical skills and knowledge they learned. And unfortunately Universities in Romania offers still too few opportunities for students to get in contact with what is happening in the concrete business. 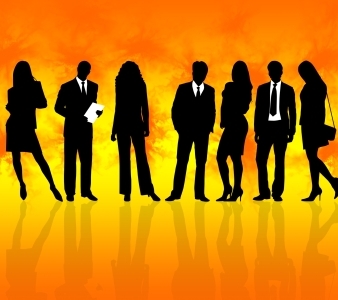 When an investor decides to start a business in our region, he usually can choose between a few countries: if they want to choose a country from the European Union, then they will most likely choose between Romania and Bulgaria, the last countries who joined the EU and also the countries with the lowest labour cost among the EU countries. In case they want to choose a country that is not an EU member, then Serbia and the Republic of Moldova seam to be the 2 best options.

However it is pretty difficult to make a choice in the end, given that each of these countries have advantages and disadvantages. So I proposed to make an overview of the main elements that take into account when an investor decides to start a business in one of these countries.

First, I tried to group in a comparative table the main types of fees and taxes, and the costs that an investor must bear in each of the 4 analyzed countries. Please see them below:

What expects the private environment from the government during the crisis?

Few months ago, the economic crisis was still, in the opinion of many, an excuse for companies to reduce costs, an “over-fed” issue by the press, a pretext for the Government not to increase the salaries in the budgetary sector, etc. Even among those who accepted the existence of a crisis, it dominated the view that it will be like a wave, which will last 5-6 months, will sweep some companies in the way, will sway some imbalances that were obvious to everybody, after which things will return “to normal” just as they were before.

Today no one doubts the reality and the depth of this crisis, that in fact affects all countries and all branches of economy at the same time, that it will be a lasting crisis and will take years for the things to return as they were in the summer of 2008. And in some fields maybe it will not ever return to those peaks.

Katya Sotirova-Ivanova took over the management of Ascent Group Bulgaria

Due to the fast grow of Ascent Group’s Bulgarian office, starting with May 2009 Katya Sotirova-Ivanova joined Ascent Group‘s team and became managing director of the consulting group in Bulgaria.

Katya graduated the Faculty of Mathematics and Information Technology within the University of Economy from Varna and the Distance Learning Center from Sofia of the City University from Seattle Washington, with a degree in General Management.

After 3 years as Marketing & Product Director and also Deputy of CEO for Programata Media Group Ltd, since 2006 Katya became the managing partner of Innovatoria Ltd., an important marketing and advertising company.

Ascent Group concluded in May another important partnership agreement, with MECEPUS, the Mediterranean Center for Public Speaking and Communication.

MECEPUS is a training centre supplementing formal education by giving the opportunity to improve speaking skills and develop a more attractive personality. It offers a range of seminars in Public Speaking and other behavior improvement areas.

MECEPUS Seminars are held in Cyprus, Syria and the Middle East and Moldova in English, Greek, Arabic and other languages.

The outplacement services aim at companies which are on their way to downsize part of their personnel and to part with specific members of their managerial team, as adaptation through low costs and efficiency at crisis time. The beneficiaries of this service are especially the downsized employees, who receive in this way professional consultancy for identifying new hiring opportunities and for positively overpassing this difficult period, in terms of social and psichological consequences.

2009 started in Romania in force, with plenty of news.

Besides the economic crisis is being felt more and more, creating a turbulent economic environment, we have a new Government, which from the first steps took many decision, contested and generating multiple changes. Last but not least, from the 1st of January 2009 many legislative changes shall became effective, some already approved in previous years, but which take effect only after that date, others very fresh.

I will therefore try to review the main changes brought by the beginning of 2009 which are affecting the business environment.

Elena Marina is the managing partner of Ascent Group Bulgaria

Elena has a Bachelor’s Degree in Psychology and a Master’s Degree in Human Resources Management from the New Bulgarian University.

Her professional experience comes mainly from management consulting, executive search and training. Elena was working with JordanSheppard Eastern Europe delivering client services locally and across CEE and managing high-end recruitment and consultancy projects. She is a certified Human Synergistics® consultant in organizational diagnostics.

Luciana joined Ascent Group’s team in 2006, holding during the time various positions within the organization, the most recent one being manager of Ascent Group’s office in Bucharest.

Luciana has an University degree in Economics and Public Administration within Ştefan cel Mare University in Suceava, her professional experience including 7 years of activity in various fields, especially company’s reorganization and restructuring processes, human resources, business consulting and training.

Trade unions and crisis, or crisis of trade unionism? 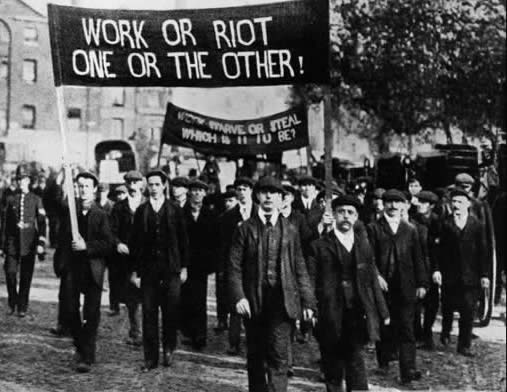